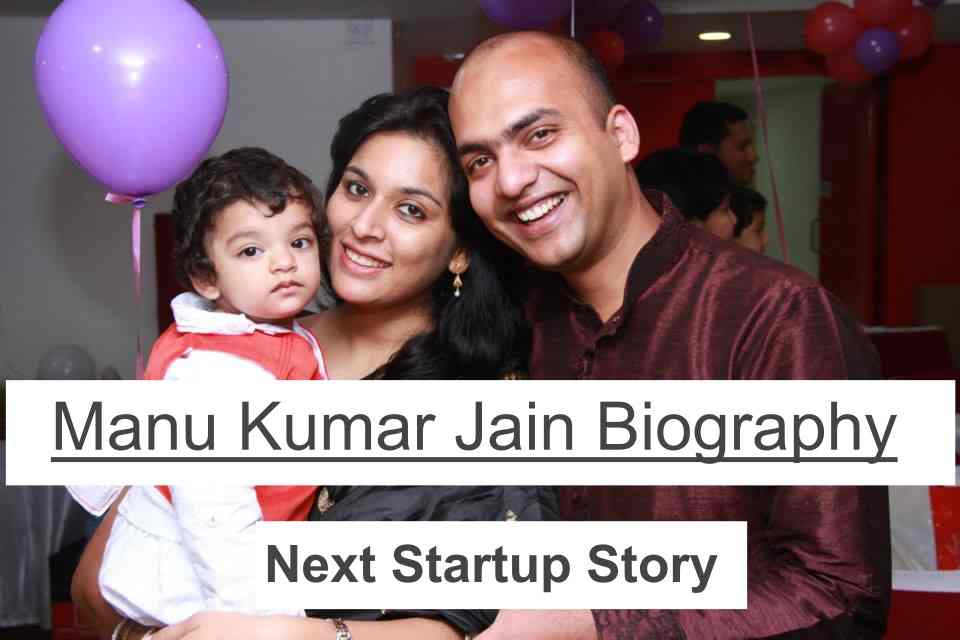 Today we are going to know the biography of Manu Kumar Jain is the India CEO and Global Vice President of smartphone company Xiaomi. He was also Co-founder of the Fashion lifestyle brand. Manu Kumar Jain was born on 25 January 1981 in Meerut District Uttar Pradesh.

He is born and completed its starting education in Meerut, Jain pursued a B.Tech course in Mechanical Engineering from Indian Institute of Technology, New Delhi, which he graduated in 2003. He subsequently secured an MBA from the Indian Institute of Management Calcutta in 2007.

When e-commerce was in its blossoming period, Manu Kumar Jain became the Co-Founder – Jabong.com. He was instrumental in strengthening the foundation of the company and building it for an eCommerce rivalry with Flipkart. Summing up his experience at Jabong, Manu said, “There is so much I have learned over these years during my time with Jabong, which provided me the opportunity to disrupt the fashion segment of eCommerce. Jabong was the opportunity which helped me in using the power of the internet effectively, to bring in greater shopping experience and its long-term benefits to people everywhere.”

Since entering the India market, Xiaomi has become India’s No 1 smartphone brand in a short span of three years, defeating global giants like Samsung and other Chinese phone companies like Vivo and Oppo. The phenomenal success of Xiaomi, as dissected by its Managing Director for India, Manu Kumar Jain, has a lot to do with great products that come at an honest price, the home market strategy in India, and an empowered local team. Manu, with his charisma and entrepreneurial spirit, was the man who pulled this together.

Jain is married and is a father. He claims to be a ‘wannabe cartoonist’ and also co-created DINK couple, a cartoon series inspired by his real-life experiences.

Some information about Manu Kumar Jain